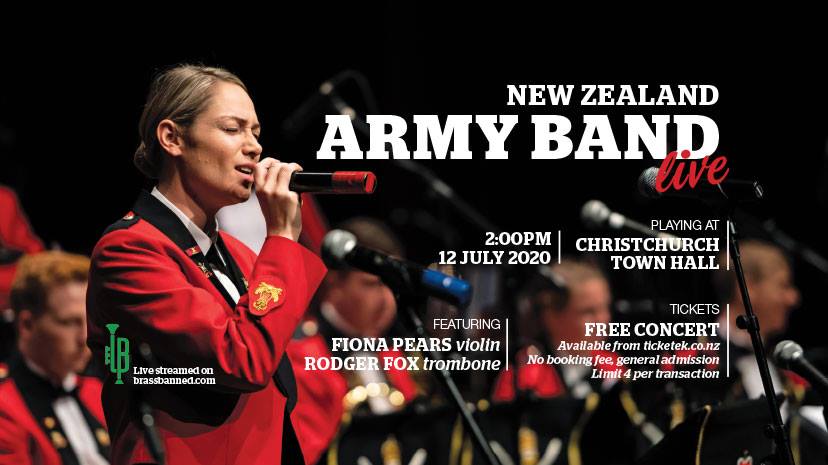 For those who can not make it the concert will be livestreamed on www.brassbanned.com as part of the virtual NZ Brass Band Championship, an online event taking place over 11 and 12 July to replace the cancelled NZ Brass Band Association’s national contest.

Tickets to ‘New Zealand Army Band Live’ are available here. They are general admission and limit four per transaction.